Lately I have become a big opponent of a popular anti-pattern: people insisting on splitting up their application tiers/layers into 5-10 separate Visual Studio projects and adding references between them. Double that number of projects if you want corresponding unit test project for each layer.

In fact, removing them has become one of the first steps I take when inheriting a legacy code base. If I were writing a book on refactoring Visual Studio solutions, I would call it Merge redundant assemblies. Here’s a diagram: 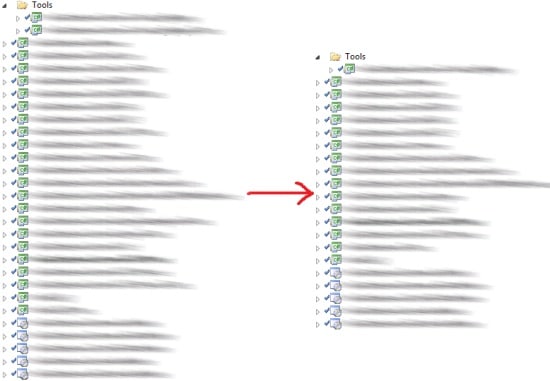 You don’t need to split your code across 50 gazillion projects. Next time you think of creating a new project in your solution, please remember the following:

Patrick Smacchia has a good list of valid/invalid use cases where separate assemblies are appropriate here.