Last week, I bought my first new development machine in three years, and it’s a beast.

Early on I decided I wanted a laptop over a big desktop PC. Although laptops are usually more expensive, slower, have smaller screens, and fiddly keyboards, mobility is really important for me — I am planning to be working/travelling around Europe for forseeable future, and lugging a huge desktop everywhere isn’t really feasible. I want to travel light. But also it needs to be powerful enough to run all the heavy developer tools (Visual Studio, VMWare, SQL Server, Photoshop etc) I use every day. 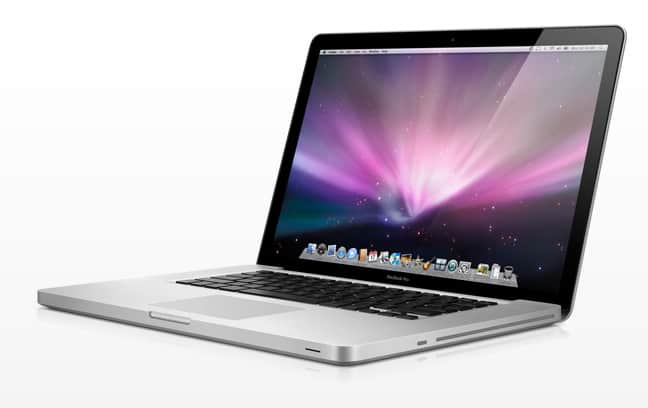 My last laptop was a Mac (a Powerbook G4), and I was very happy with it — it lasted for five years before I moved to London and saw me through university, two jobs, three flats, and is basically where I learnt to program. So it should not be a surprise that last week, after months of waiting, I finally spec’d out a brand new 15″ i7 MacBook Pro from the Apple online store.

Why a Mac, when I’m primarily a .NET developer? Really, it comes down to these simple reasons:

Going with a MacBook Pro was pretty much a no brainer as far as I’m concerned. But that’s not the end of the story — there’s a lot more to see under the hood.

It’s long been known that SSDs are fantastic for developers — their ultra-low seek times and small read/write latency can make them several times faster at compiling code than their spinning counterparts. Not to mention it’ll make your PC boot in about ten seconds.

Now SSDs have been available with Macs for some time, but the Toshiba drives used aren’t known for their performance. For a long time I was planning to get an Intel X-25M instead — the long-standing value/performance king of the SSD market. That is, until I saw the absurdly-fast OCZ Vertex 2 Pro. 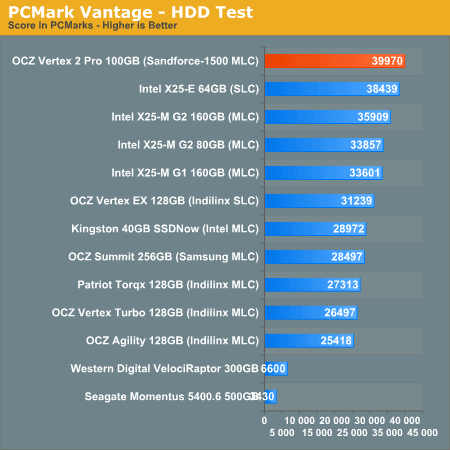 This thing eats all other SSDs alive. But sadly you will never be able to buy one, because a few months after this review, the entire Vertex 2 Pro product line was cancelled. It seems the cost of the super fast enterprise-grade Sandforce SF-1500 controller was not feasible for OCZ’s desired price range, so they canned it.

However, a small number (only 5,000 units) of SF-1500-based drives were made available to customers as the OCZ Vertex Limited Edition (LE), probably from some early shipment. And according to Anand’s benchmarks, they are actually even faster than the Vertex 2 Pro. So naturally, I had to get one.

The difference is astounding. Here’s a comparison of my XBench results, before and after the upgrade (Seagate Momentus 7200RPM vs OCZ Vertex LE, click for full results): 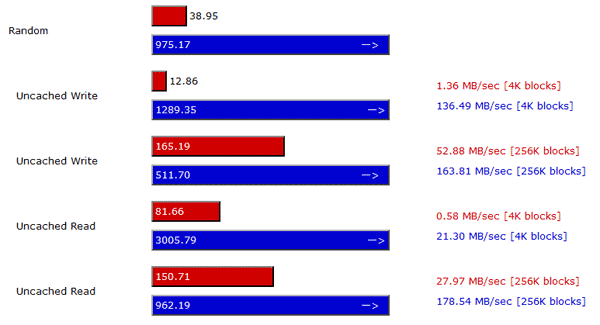 As you can see, random small (4K) reads and writes is where it really shines — no more waiting for spinning magnetic platters for me!

Historically, Apple’s RAM upgrades have always been notoriously expensive — it’s almost always cheaper to buy/install it yourself. Strangely at the moment, however, Apple’s prices aren’t too bad, so I decided to configure it with 8GB installed — partly for convenience, and partly to ensure my RAM sticks are matched (same specs/manufacturer).

I have to admit this decision was based entirely on aesthetics — the matte screen is easier to read, particularly in bright sunlight, but that silver bezel is so 2004 🙂

The hi res screen is glorious too, but you will want to increase your font size a bit when coding (I always use 14 pt).

Although I love Mac OS X, .NET is my game, so I’ll probably be spending most of my time in Windows. This is my first Intel Mac (hey, it’s been a while…) so I’m quite new to the whole Bootcamp/Parallels/VMWare thing, but at this stage VMWare Fusion looks pretty good – being able to run my Bootcamp partition as a VM under Mac OS X seems like a nice solution. 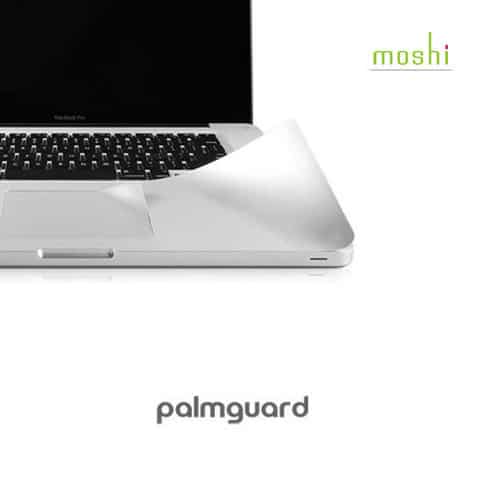 I got a Moshi Palmguard because of my last Mac – a G4 Powerbook which suffered from ugly aluminum corrosion and pitting on the palm rests. Apparently aluminium pitting is still a problem for Macs today, so I wanted something to help protect it.

My Moshi Palmguard looks fantastic, and was dead easy to stick on — I found it easiest to align it with the cut-out at the bottom of the the track pad (where you open the lid). Just make sure there isn’t any dust or crumbs on the palm rests before sticking it on — you can’t reapply it once it’s attached. Also, I didn’t bother with the trackpad guard — the trackpad on a MacBook Pro is plastic, not metal, so it won’t corrode, and my Powerbook’s still looked fine after five years, so I didn’t see much point.

So that’s it — my proud new developer machine!